Footwear Etc. is a high-quality comfort shoe store especially for adults and seniors with special shoe needs. Along with its online store, this family-run business operates 11 stores across California, USA.

Not aware of the browser injected ads, Footwear etc. could not identify the one thing that was leading its shoppers away from the store. It was only when their customers emailed them complaining about intrusive ads popping up across their product pages that they knew something was wrong.

On meeting with BrandLock, they were able to take a look at these ads in real-time. They noticed the contextual nature of the ads and how they were disturbing the regular site experience of a shopper. They also learned that 14% of their store traffic was seeing these ads and getting lured away to other websites. Footwear etc immediately decided to make removing these ads a priority for their business. Since they moved away from the traditional discounting game, it became more important for them to keep their shoppers protected from distractions like these ads. 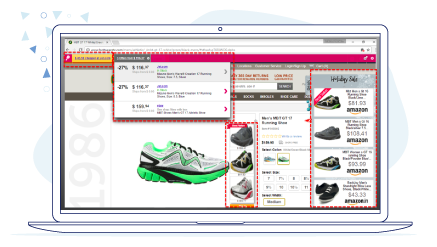 Agreeing to work together on a pay-per-performance model, BrandLock and Footwear etc. began rigorous A/B testing on the site’s traffic. The goal was simple – to identify the impact on revenue per session when the ads were disabled out by BrandLock Shield, in comparison to the visitors who were exposed to them.

The goal was to achieve a 99% confidence level on the data set, using revenue per session as the key metric to measure the performance of BrandLock. The metric was chosen as it has a direct impact on the profit and loss of Footwear etc.

Footwear etc began the test with a 50-50 traffic split. Half their visitors were protected from browser-injected ads by Shield and the others were still exposed to them.

From the second month, BrandLock began protecting 90% of Footwear etc.’s traffic, leaving 10% to a ‘control group’ where the ads were allowed to run their course.

"This is a completely invisible problem to online retailers. We only realized the issue when a customer emailed, inquiring about all the ads popping up. A few months later we learned of a solution through BrandLock. Removing these ads has become critical to our business." 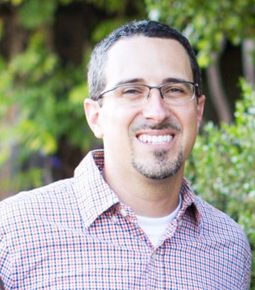 The results of the A/B test seamlessly began to flow into the Google Analytics account of Footwear etc. making it easier for the team to monitor the impact of BrandLock.

In the first month, Footwear etc. noticed a +4.3% increase in the overall revenue per session. By the next month, the revenue lift jumped to +9%.

After months of continuous A/B testing with BrandLock, Footwear etc. found that disabling shopper distractions like browser ads could improve their monthly revenue by +5-9%. They also noticed that the shoppers in the protected group were more engaged with their site, with an increase in page views per visit.

But that’s not all.

Footwear etc. discovered that BrandLock was a self-funding solution to keep unwanted shopper distractions at bay; where Brandlock charges a small percentage on the revenue lift delivered, as measured by the client’s own analytics platform.

Stop ad injections from diverting your shoppers to competitors

Schedule a Demo
Share it with others:
We use cookies on our website to give you the most relevant experience by remembering your preferences and repeat visits. By clicking “Accept All”, you consent to the use of ALL the cookies. However, you may visit "Cookie Settings" to provide a controlled consent.
Cookie SettingsAccept All
Manage consent

This website uses cookies to improve your experience while you navigate through the website. Out of these, the cookies that are categorized as necessary are stored on your browser as they are essential for the working of basic functionalities of the website. We also use third-party cookies that help us analyze and understand how you use this website. These cookies will be stored in your browser only with your consent. You also have the option to opt-out of these cookies. But opting out of some of these cookies may affect your browsing experience.
Necessary Always Enabled
Necessary cookies are absolutely essential for the website to function properly. This category only includes cookies that ensures basic functionalities and security features of the website. These cookies do not store any personal information.
Non-necessary
Any cookies that may not be particularly necessary for the website to function and is used specifically to collect user personal data via analytics, ads, other embedded contents are termed as non-necessary cookies. It is mandatory to procure user consent prior to running these cookies on your website.
SAVE & ACCEPT